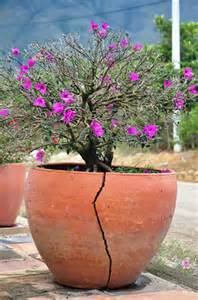 So, I witnessed a really frightening event on Friday. One of my neighbors’ small child was almost hit by a car! Right in front of me. By the grace of God he was not struck and is OK. Let me back up and say, there are six children in this home ranging from age 11 to less than one year. And they are usually unattended in the front of the house, playing. I never see the mother. Only the children playing in and around the road. So, when I saw the 2 year old almost hit by another car I was angry and upset. I rolled down my window and yelled at the two year old to stay out of the road and go inside the house. Then I yelled at the 11 year old to make sure the child got in the house. All the children went inside and I didn’t see them the rest of that day. I then went home and continued to shake and tremble with horror at the near miss.
But a few minutes later, I began to feel terrible at my reaction and especially at my yelling. I don’t want to be that “mean old neighbor” that yells and reprimands. Believe me, from what I’ve witnessed at this house these children live in a volatile atmosphere. They are being yelled at constantly by their own mother. So I decided I really needed to go over there and apologize to the mother, and then to the children I had yelled at. My opportunity came on Sunday evening. I walked over to their house expecting it to be embarrassing for me and perhaps hard on the mother to have learned I yelled at her children. But that is not what happened…strangely enough, the mother was not concerned at all (not by my yelling OR the fact her child was almost hit by a car!). I did apologize to her and then to the 11 year old. It was fast and awkward, but at least I felt I had made it right somehow.
But that’s not what this blog is about…not the “incident” but the reaction…of the 11 year old. When I apologized for yelling at him he seems confused. Then, just this morning I saw him running toward school as I was driving my granddaughters to the same school. I knew he would be late so I pulled over and asked him if he wanted a ride. He said yes and got in the car. I chatted with him for a few minutes and then fell silent the rest of the way. The strange thing was, he wasn’t leery around me or fearful. Now, I had just YELLED at him two days earlier. After I dropped the children off, the reason came to me. The reason he interacted with me perfectly normally was…to him yelling IS normal. Mad one minute, not mad the next minute is normal. He lives in an atmosphere full of rejection, yelling, and anger. To him that is completely normal. That was why he looked confused when I apologized. Heartbreaking. For me, getting yelled at would be totally upsetting, but to him…normal?
My heart breaks for this child (and all his siblings). Then I realized. There are many adults out in the world, Christian and not, that have their own “normal”. Some believe rejection is “normal”, others believe anger is “normal”, some believe addiction is “normal”… and the list goes on.
But what I KNOW to be normal is that we are all made in the image of God! That He cherishes us (whether we acknowledge Him or not). The ONLY person that can speak “normal” into your life is God and Jesus Christ! Not your parents, not your close friend, and not your spouse, (shocking, I know!) Only Christ! Please listen to Him in a quiet moment of honesty. Ask Jesus what He thinks of you and then listen. Ask him what normal is and He’ll tell you!
I thank the Lord every day for speaking “normal” into my life…how about you?

be in the flow

the Water of Life comes only from Jesus

A pondering today. Words for thought.

The Story He Wrote

...and in Your book were all written the days that were ordained for me- Psalms 139:16